Get Rid of Wasps in the Charlotte Area

Hornets and wasps can be a danger to you and your loved ones. Go-Forth Pest Control of Charlotte wants to get rid of these dangerous, flying pests for you. Wasps can build nests around your home, which allows them to reproduce and invade more of your space.

Pest Control in Charlotte and Nearby Cities

The technicians at Go-Forth Pest Control of Charlotte service in downtown Charlotte, and the nearby areas like Mooresville, Mint Hill, Fort Mill, Matthews, and more! Give us a call or request a free quote today to get control of your wasp population on your property.

Our company can serve you wherever you might be – even you are residing in local areas. We are always ready to serve you with great pest control services.

Hornets are a type of wasp that resemble bees. These flying pests get aggressive when provoked and will leave a painful sting. They usually build nests under surfaces, which can house hundreds of wasps.

The sting of wasps can be dangerous. People who are stung by this pest can experience an anaphylactic shock which can be deadly if not given immediate treatment. Some stings can get off within a day if a deodorant with aluminum is applied, but it can get worse. Also, the venom of wasps can cause other wasps to be aggressive due to its pheromones.

Hornets are less aggressive pests. They are only triggered whenever they need to defend their colony especially when it is in danger. Hornets are called gentle giants as they are passive insects since they are peaceful and shy. They attack when needed.

Just like wasps, hornets can sting and is also dangerous. They release a significant amount of venom compared to other stinging insects which makes it fatal for humans when hurt. Hornets rarely sting, but when they do, it is deadly.

Hornets and wasps should not be taken lightly when they infest your property as they can bring risks which can be deadly in the end. Before they form their colonies in your area, call an exterminator near you.

Our technicians are expertly trained on each pest control situation before they visit your property. We know where to look for their nests and how to exterminate them, and can answer any questions you have to ensure that you know exactly what is being done on your property.

How We Get Rid of Hornets and Wasps

The dangers of handling wasps and hornets are no joke as they can attack you once they are threatened. To keep you away from any harm, Go-Forth is here to do the work.

Our company is well-rounded in handling pests, insects, bugs, hornets, or wasps. We are meticulous in performing our job to keep you and your family safe at all times. Rest assured that the treatments we apply are effective which can eliminate those hornets and wasps to give you a more reliable and healthier environment.

With us, hornets and wasps will never be a problem. Call us whenever you need our services, and we will be there as quickly as possible.

A sign that you might have a wasp problem is if you spot a nest somewhere attached to your home. This typically means there are more than one or two of them inhabiting your property. Upon discovering a nest, you should be cautious because it is probably not alone.

Hornet and Wasp Company Near Me

We are a local hornet and wasp control company near you in Charlotte. Our customers in local areas can also avail our exceptional services. Call us today!

I just had my first appointment with Jonathan F. at Go-Forth and he provided great customer service and was very friendly. He sprayed every part of the home for me, the outside too. If the results of the spray match the customer service, I'll be great then too. Mike also did great with helping me schedule the appointment; he gave me a great discount.

Alivia Pinnix
20:57 22 Jun 18
Very attentive to detail. Great service and come out any time there is a bug issue in between the quarterly service.

Mary Moore
11:54 07 Jul 20
From the beginning my experience was great. When I called to schedule an appointment Judy was great at answering my questions and helping me set up an appointment. She was very helpful and kind. Bridgette had arrived on time for our appointment today and was very personable, sweet, professional and knowledgeable. She explained to me what she was doing and made me feel that I made the right choice choosing this company. She took care of all my concerns! I'll update once I see the works. Bridgette and Judy are awesome!

Estephaniee Blakey
20:05 30 May 18
Great customer service, always on time, technicians are wonderful, havent seen a bug since I started with them.

clayton stark
21:18 05 Mar 19
first of all, the salesman (coley) who came to my house, was a great guy. I pit him through the ringer over 4-5 visits he came to my door trying to sign me up for this service. He was not pushy and he was very friendly with me and my wife. If I had three guys working for me like him, I could retire this year. Manners and professionalism were present at all times with every visit. The technician Donnie was just as wonderful and I felt informed and very comfortable having him in my home. both of these Gentlemen were top notch and I would have them both in my home anytime, not only for the service but also as a Friend that can be trusted and revered as a professional and a part of my Family. Thank you again for this amazing service. We both look forward to a long business relationship. BRAVO!!!!!!

Kim Basinger
15:08 29 Nov 16
Joe came to our house today, introduced himself, he was very polite. He asked if there was any particular concerns and offered to even come in and spray only if we wanted. I was very impressed with Joe, friendly but professional. He actually cared about providing great service.

Linda Sowry
15:07 25 Jul 20
I had the pleasure of meeting with Joe to get rid of a pest problem I had. He was so knowledgeable and professional. He explained what the possible cause was and the treatment plan. Each time he came here was just as helpful and informative as the first. I am very pleased with the service I received and the cost was good too.

Pierrette Milling
18:34 12 Dec 16
My experience with Go Forth and Steven Echols was excellent. Stephen was extremely professional and courteous. He was very knowledgeable and able to answer all questions. I really appreciate that he closed the gate to the backyard when he was done.

John Ripp
15:33 28 May 20
Maghan was very efficient. She explained the service and what she would be doing on this visit. Thanks

Linda Sowry
15:07 25 Jul 20
Joe came to our house today, introduced himself, he was very polite. He asked if there was any particular concerns and offered to even come in and spray only if we wanted. I was very impressed with Joe, friendly but professional. He actually cared about providing great service.read more

Jacquelyn Kasak
17:54 06 May 20
Good value for what you are getting. Technicians have all been super friendly and accommodating. They address any pest concerns I have on each visit, which they ask about up front by text the day before they come. I love that!read more

Saad Ehtisham
16:57 27 Aug 20
Go Pest Control has been amazing to work with. Staff is exceptionally friendly, through and well trained. The company is extremely responsive to needs and calls. Joe has been taking care of our house and he always does a great job- he is very detailed.read more

James Lewis
18:55 08 Aug 19
Seth was right on time, personable and knowledgeable. Enjoyed meeting and working with him

Zacharia Connell
12:36 21 Nov 17
Go-forth has a wide range of options to benefit us as home owners. One that I really like is the door to door system they have. I've learned that most of these summer sales guys are in college and are working hard to pay for their OWN college. To me, that speaks volumes. Another benefit to their door to door program is that I don't have to go searching online or call around to different companies to compare plans. Instead a polite representative comes to my door and tells me about the different ways Go-forth can take care of the few bugs i am seeing. I look forward to continually working with this company that provides opportunities for young people through a door to door marketing system.read more

zZandra Jackson
19:37 07 Jan 19
Megan Smith the technician that came out to my home today was out standing very professional did an outstanding job I really appreciate the service could not have asked for moreread more 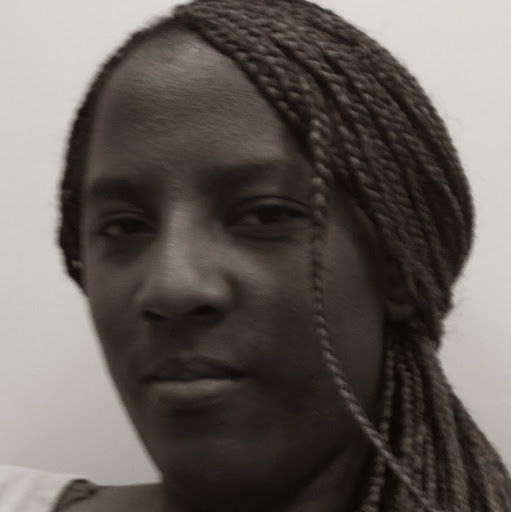 Brittaney Peete
22:20 28 Nov 16
They have great customer service and Joe was great. He came in an explained everything he was going to do. I appreciate everything that was doneread more
See All Reviews
Click Here Request A Free Service Quote Today!